Born in 1969, Dr. Philip Tsiplakos earned a degree in medicine in 1993 and subsequently proceeded to complete his training in ophthalmology as a resident medical intern (MIR) at Clínica Barraquer in Barcelona (1997-2001) while he did doctorate courses at the Universitat Autònoma de Barcelona (UAB). From July 2001 to 2009, Dr. Philip Tsiplakos was an associate at the Glaucoma and Anterior Segment Center of the Ophthalmology Unit at the Hospital de la Creu Roja de l’Hospitalet (Barcelona). From 2001 he was also on the staff of the Institut Català de la Retina (ICR, Barcelona), with a special focus on Glaucoma and Anterior Segment.

In 2004, while still a member of the ICR team of doctors, Dr. Philip Tsiplakos was appointed to the Ophthalmology Unit of Clínica Quirúrgica Onyar in Girona, which, like the Hospital del Sagrat Cor in Barcelona, was managed by the Institut Català de la Retina (ICR).

In 2006 the Institut Oftalmològic de Girona (IOG) was established at Clínica Quirúrgica Onyar, of which Dr. Philip Tsiplakos is and remains a co-founder and co-director, and where he directs all of the ophthalmologic, medical and surgical activities.

Subsequently, from 2011, in addition to his dedication to Clínica Quirúrgica Onyar as head of ophthalmology, Dr. Philip Tsiplakos began another stage by creating a new team at the Gabinet de Diagnosi (GD) in Girona, which culminated with the foundation of the Institut Visió Girona (IVG) which, with its main office at the Gabinet de Diagnosi, is committed to pursuing the highest standards of quality and excellence in all areas of ophthalmology in order to provide the best care in the city of Girona and then in other locations in the surrounding region.

Apart from his passion for excellence in health care, from his earliest years of dedication to ophthalmology at Clínica Barraquer in Barcelona, Dr. Philip Tsiplakos has participated in numerous medical research studies as well as in communications presented at various Spanish and international scientific meetings and published papers in top journals in ophthalmology.

Dr. Philip Tsiplakos and his team offer treatment to patients in several languages. Apart from Catalan and Spanish, Dr. Tsiplakos is personally fluent in English, French, Italian and Greek, while translators who work together with the team at Institut Visió Girona (IVG) are on hand for patients who speak other languages.

Our team is at the leading edge of virtually every subspecialty in ophthalmology, including refractive surgery.

We offer the most current, state-of-the-art equipment to carry out quick, non-invasive, early detection of all eye diseases.

Few medical specialties have undergone such a major transformation in the past few years as the ophthalmology subspecialty of Vitreoretinal Medicine, which has seen advances in both the diagnosis and treatment of diseases of the macula, the vital center of the retina and vision. Our specialists are constantly learning in order to keep up with […]

Children’s ophthalmology, strabismus and even binocular vision disorders in adults constitute “another world” in the field of ophthalmology. There is near unanimous consensus among ophthalmologists that expert medical and paramedical staff (opticians, optometrists, etc.) as well as specific tests are required for the treatment of pediatric patients in order to provide them with the best […]

The anterior portion of the eye, i.e. the front part, which goes from the outermost layer, the transparent cornea, to the posterior of the crystalline lens and which would be the equivalent of a camera lens, is at the epicenter of a number of eye and vision conditions, among which the most common, by far, […]

Refractive surgery is one of our team’s major subspecialities and it is the cornerstone of clinical activity at our center. Born of the passion for refractive surgery that was transmitted to the director of the clinic, Dr. Tsiplakos, from his very first years at the Ophthalmology Unit of Clínica Barraquer in Barcelona side to side […]

Ocular hypertension is the permanent or intermittent elevation of the pressure inside the eye above the normal range. It is not a disease in itself but it is a risk factor because it can lead to glaucoma and cause irreversible damage to vision. This type of hypertension is common and has no outward symptoms, so […]

Since our early years in Girona, nearly 15 years ago, we have been a referral center for emergency ophthalmology and, at present, we are able to ensure treatment for any ophthalmologic emergency 24 hours a day, 365 days a year at Clínica Quirúrgica Onyar in Girona, our office in Gabinet de Diagnosi (located at Plaça […]

In addition to the above specialties, we are able to offer the highest quality of care in all of the other ophthalmology subspecialities. We would especially like to highlight restorative and cosmetic eyelid surgery, dacryology (lacrimal gland and duct disorders), the subspecialty of uveitis-inflammatory disorders and eye and ocular adnexa infections and injuries, the subspecialty […] 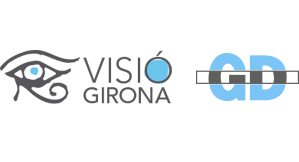 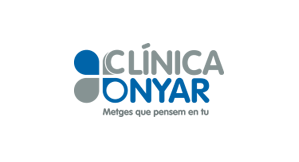 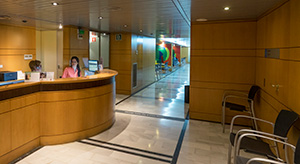 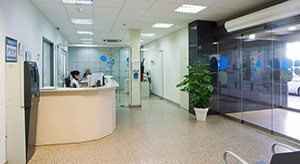